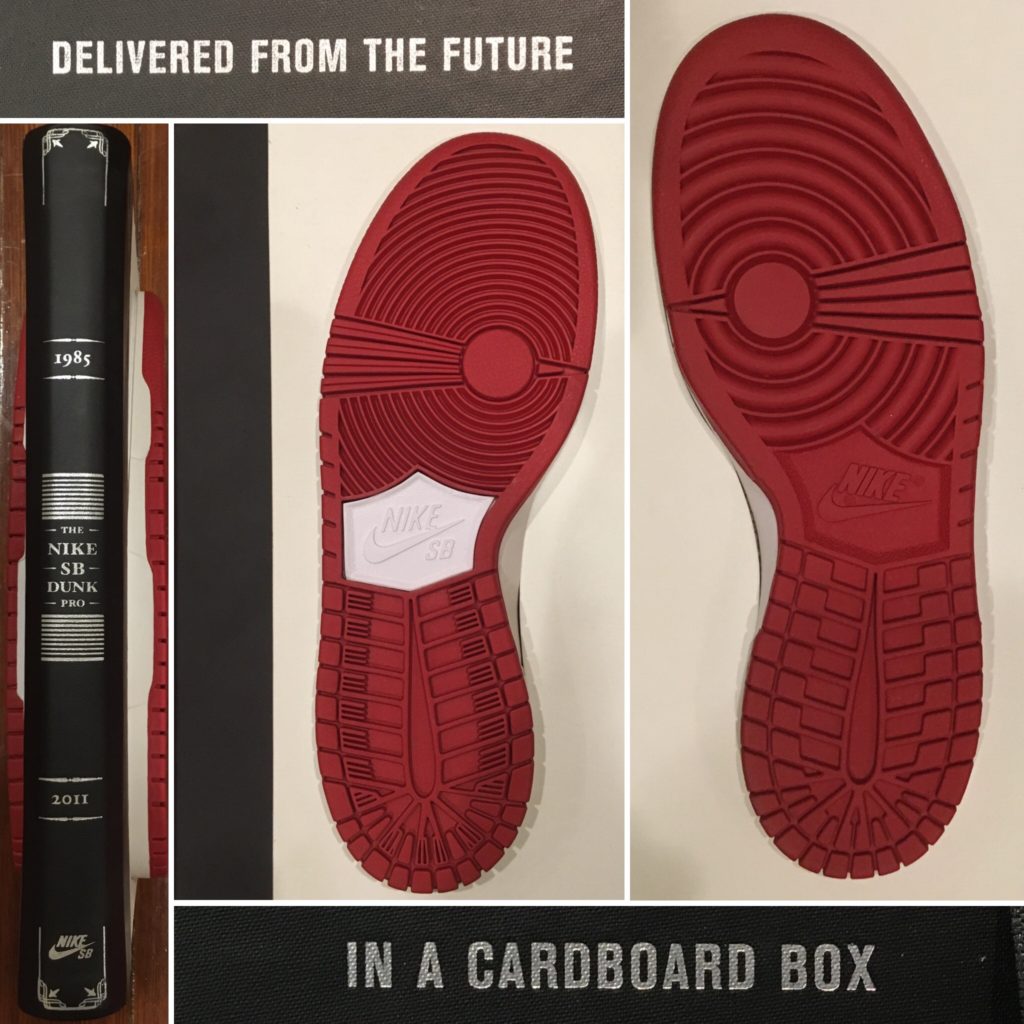 In 2002, Nike SB adopted the Dunk as its own, giving it a skater-friendly padded tongue and Zoom Air bag in the heel.  Ten years later in 2011, building on its continued and explosive success, Nike SB, “set out to give the shoe a makeover and improve on its already impeccable lineage; a better gripping outsole; more board feel with increased cushioning; improving fit and eliminating pressure points.” Serving both a commemorative and informative purpose, this “book” was released, packaged in a cardboard Nike SB box that was wrapped in tape reading “Delivered from the Future”.

The outside is incredibly cool, as it has mockups of the previous, and then new sole unit on the front and back covers respectively. The “book” opens to reveal it has no actual pages, but rather on the inside cover there are detailed images and descriptions of the improvements made in the new 2011 Dunk. The rear cover reads, “Delivered from the Future in a Cardboard Box” and has a small booklet inlaid in it. The booklet has images of skaters wearing Dunks, some of the more sought after pairs and a timeline that includes descriptions of the various improvements/modifications that have been added to the shoe since 2002.

Sneakerature’s Take: Visually, this is one of the coolest pieces in the Sneakerature library. The packaging and presentation are absolutely first-class and beautifully done.  Putting the actual outsoles on the covers not only makes it unique but also functions as a sales tool, physically showing the differences between old and new. The booklet mainly lets the images do the talking, although it does have a few informative tidbits. 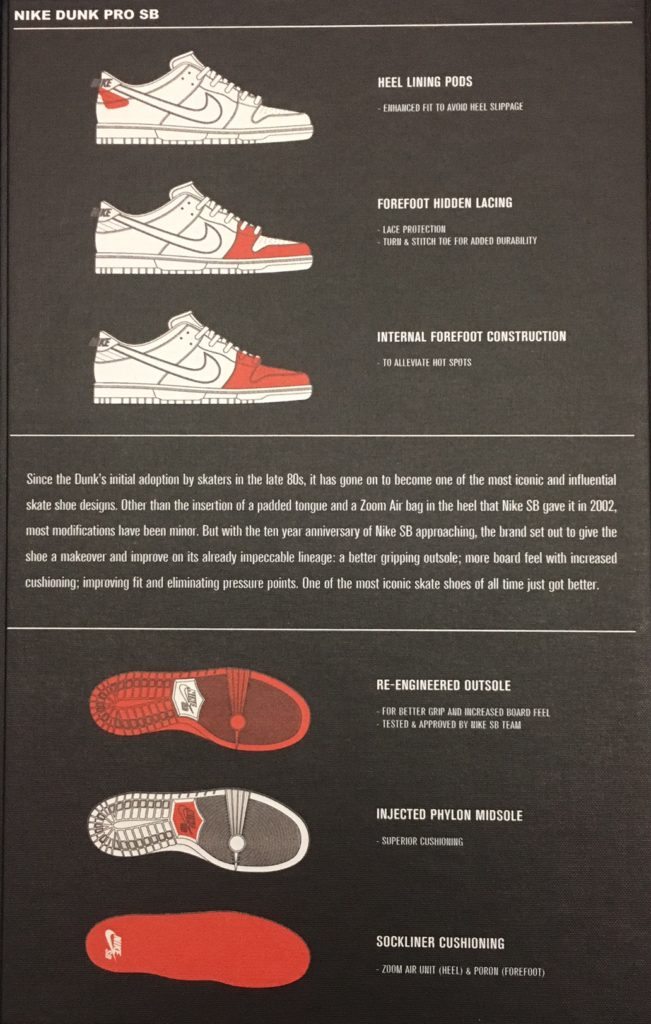 The front inside cover shows updates on the Dunk Pro SB 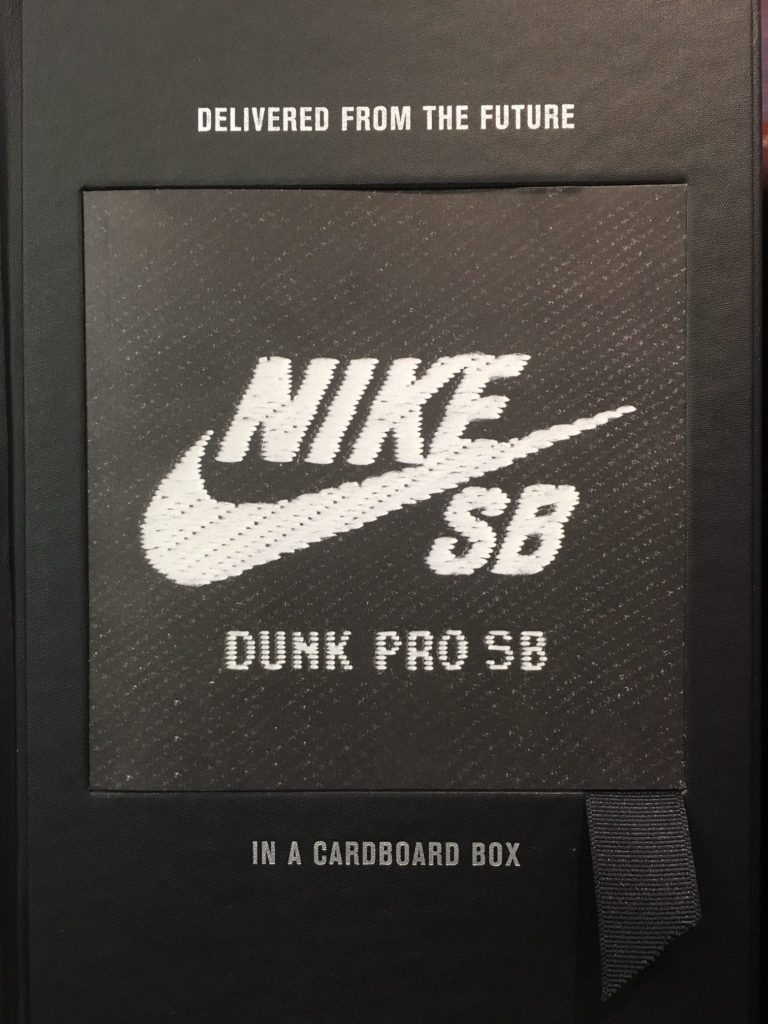 The rear inside cover has a small booklet inlaid