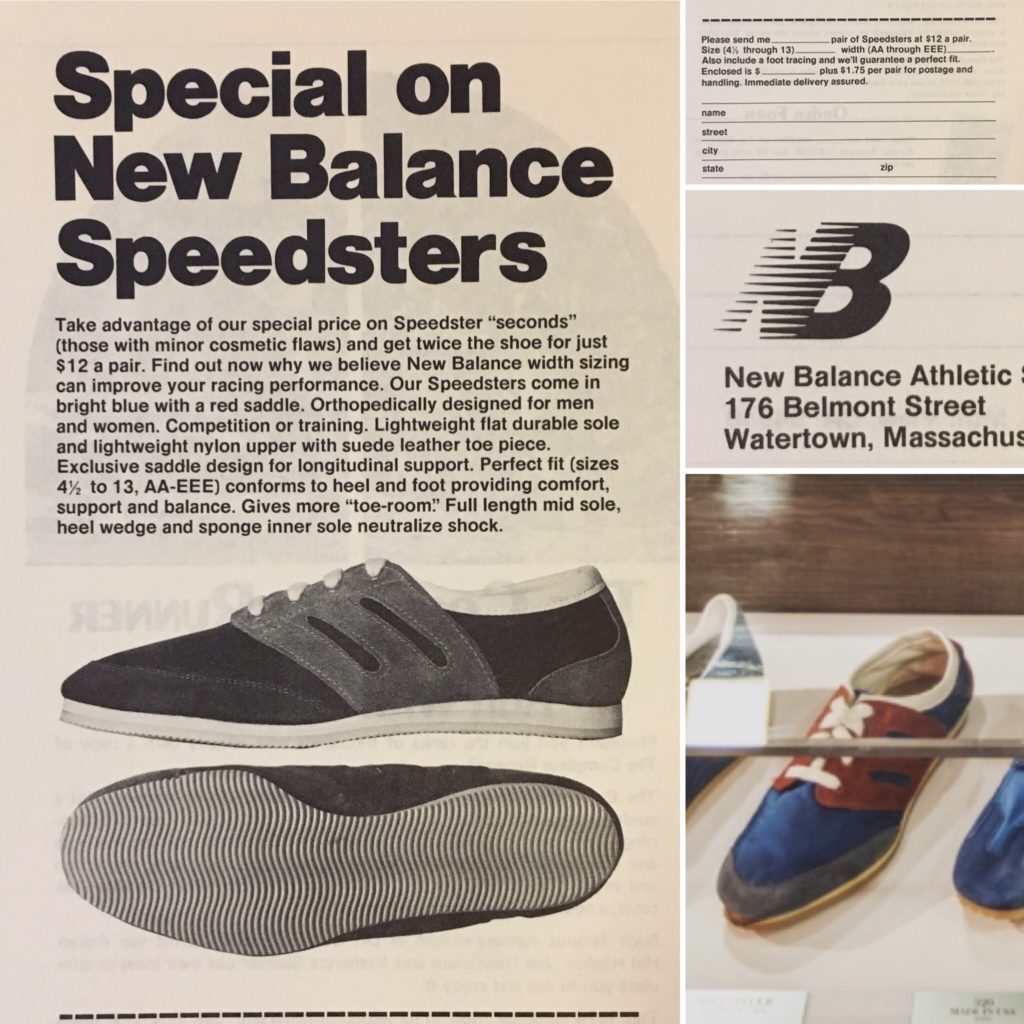 An ad from either 1974 or 1975* in Runner’s World Magazine, offering a special on New Balance Speedster ‘seconds’ for only $12 a pair (approximately $55 today).

Of note: the request to include a foot tracing with the order (thereby ensuring a perfect fit) and the NB logo with 13 points that hasn’t quite yet been worked out. The actual pair is also shown in the bottom right, a screenshot from Piotr Ciężkowski’s photo taken at the New Balance Museum exhibition in 2014 at Sneakerness Warsaw. The full ad is pictured below.

*Educated assumption based on: the opposite side of the page of the ad is an order form for the second printing of The Complete Runner by the Editors of Runner’s World Magazine, a book that was first printed in 1974.  Additionally, the NB address provided is Belmont st. in Watertown, and NB moved to Everett st. in Boston by 1976, giving a range of 1974-75 for possibilities of when this ad could be from.