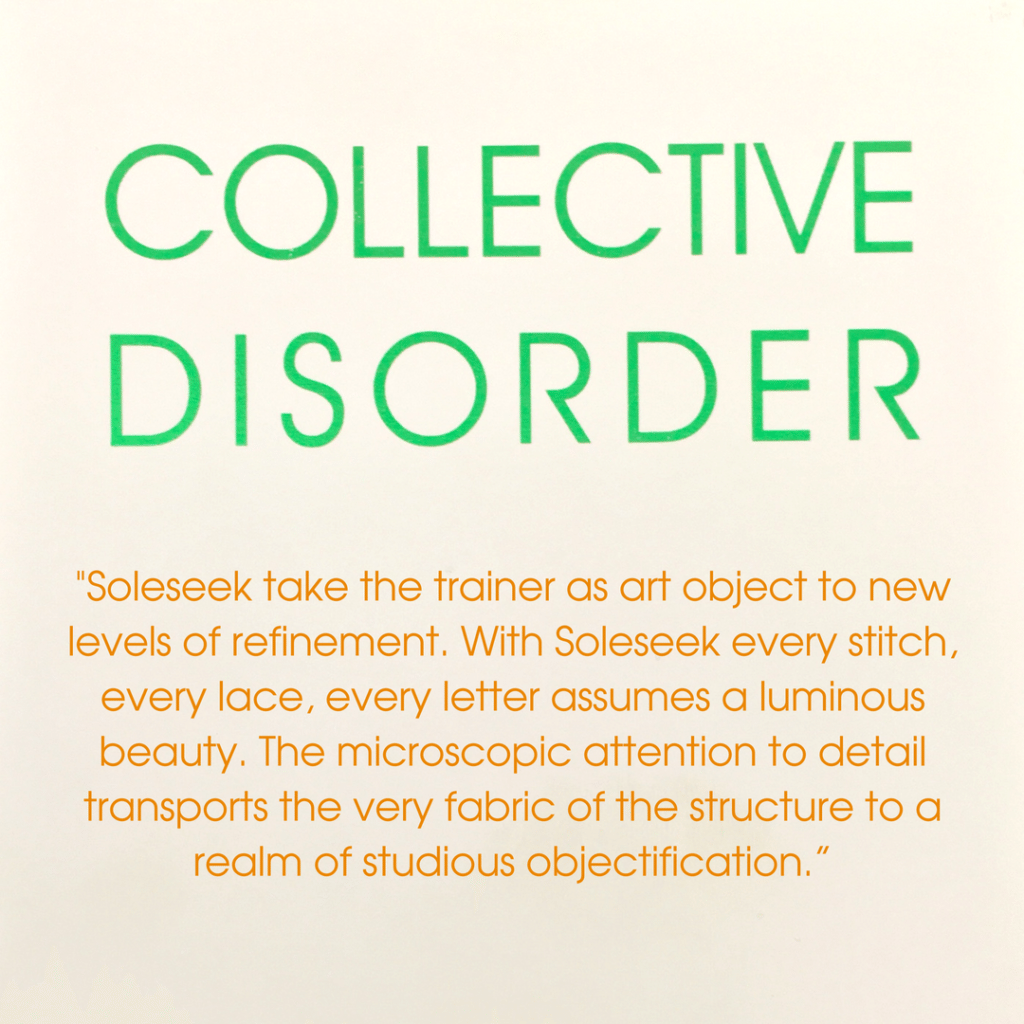 Published in 2008, Collective Disorder is a “Labor of love” put together by John Brolly and Bennet Martin, the founders of Soleseek.  In Brolly’s own words, “basically a pictorial tome of vintage shoes from a number of worldwide collectors – UK, Europe, US. It was something like 350 odd pages and god knows how many models were actually in there.”

Sneakerature’s Take: One of the true gems in our library. A stunning compendium of rare vintage trainers, including some that are virtually unknown. Flipping through this book is akin to finding a treasure chest buried long ago on a desert island.  Many of the models and colorways simply don’t exist on this planet outside of one or two pairs, and they’re sought out by only a handful of minutiae-obsessed treasure hunters/collectors.