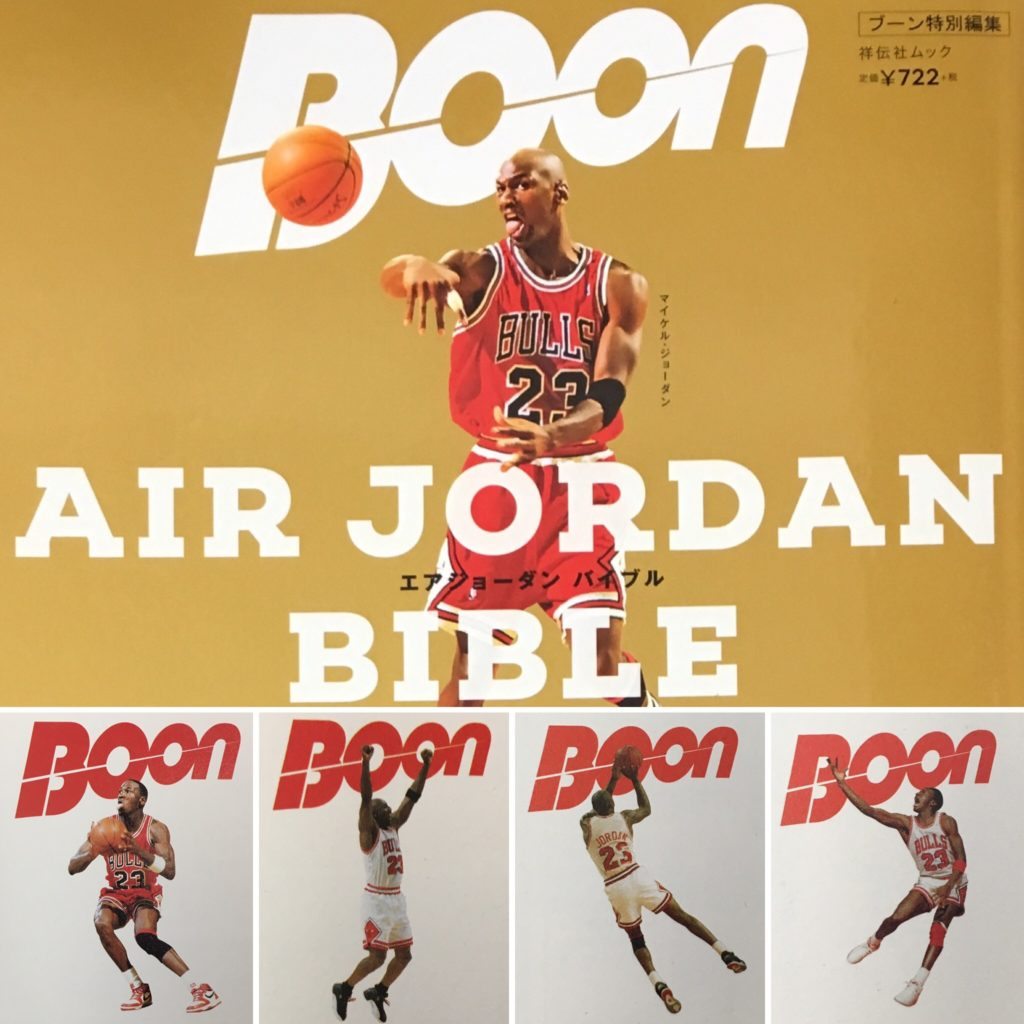 Language: Japanese (with a small amount of English)*

Boon Magazine released this homage to to the Air Jordan and its products in late 2015.  It includes a summary/reprint of portions of the Boon Extra “Jordan Premium”, another mook that was released in 1995.  Within is an extensive history of the Air Jordan shoe, laid out chronologically by model.  Each model has pictures and info, although the earlier models have significantly more attention given, likely due to their status in the collector’s/retro realm.  There is a separate section that gives a more extensive look at og colorways for the Jordan I through XI.  There is also a section that highlights the sneakers that Jordan wore before he had his own line, examining adidas (high school), Converse (college) and Nike (early professional years). Finally, there are two sections that document non-sneaker related Jordan items, one for apparel (including some from his ill-fated baseball journey) and one for items from the Michael Jordan Flight Club, a fan club that people could join.

Sneakerature’s Take: This mook is remarkable in (at least) two respects: the first, is that it has an extensive range of images of original Jordan shoes, shirts and memorabilia.  The second, is that it actually has advertisements in it for non-sneaker related products and services.  The significance of this second point is that, despite what purported, self-identified ‘top industry analysts’ would have you believe, there are at a bare minimum, three companies that believe the relevance of the sneakerhead market segment extends beyond its own borders.

*While some of this mook is in English, the vast majority of it is in Japanese.  Sneakerature utilizes Google Translate, both as an app for iphone and within Google Chrome, to get a best efforts approximation/translation of what is written on the pages. That said, this is by no means a perfect method. If we have made an error in translation, please don’t hesitate to let us know. Thank you!