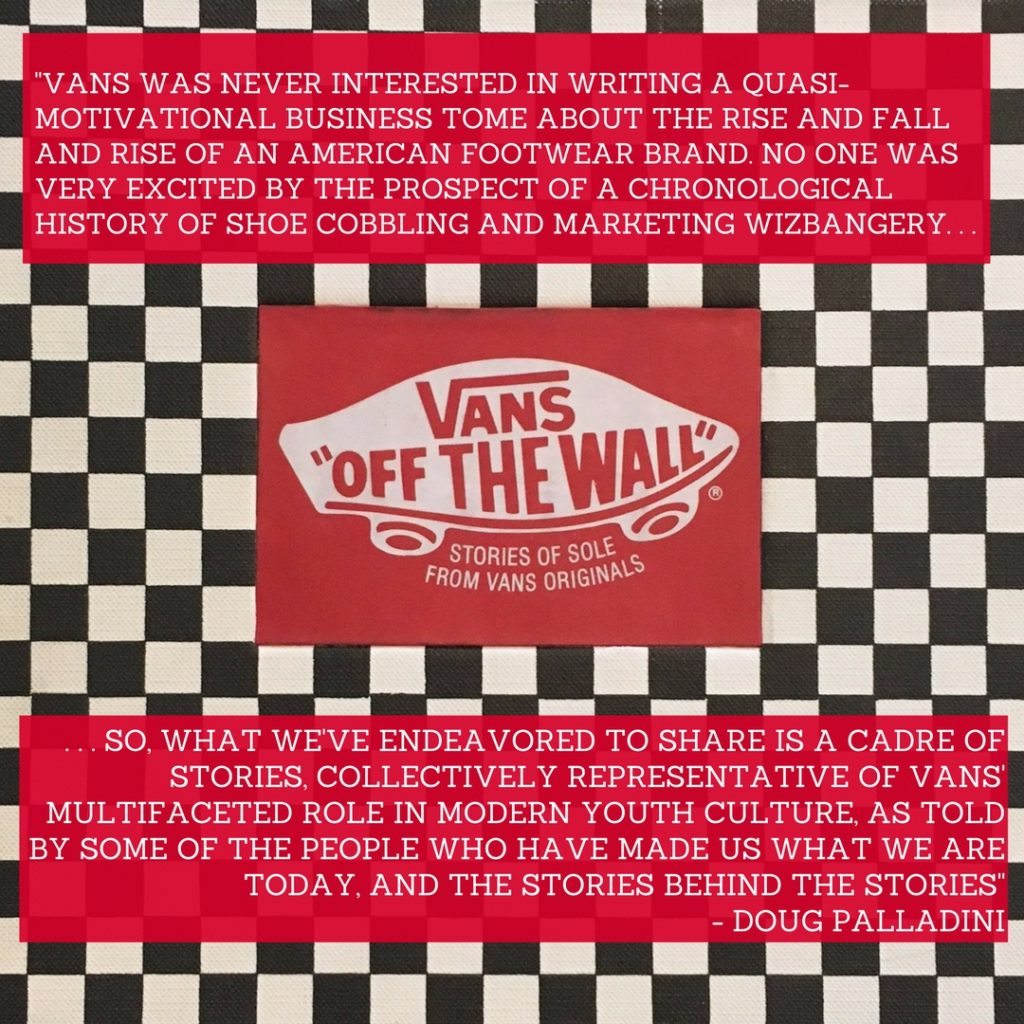 Vans “Off the Wall” – Stories of Sole from Vans Originals

Attempting to sum up the Vans brand in one book is an exceptionally difficult task.  From the iconic checkered slip-ons that Sean Penn wore as Jeff Spicoli in Fast Times at Ridgemont High (epically ordering pizza delivery to his history class), to the ahead-of-its-time (so much so that it’s almost comical) idea of making completely customized shoes for their customers to the indelible way in which Vans has woven itself into the very fabrics of skate, snowboard, surf, music, tattoo, art and street culture, Vans could just as easily be classified as a cultural movement as it could a sneaker company. Perhaps it should be both.

Doug Palladini does a wonderful job of chronicling Vans by interspersing product and technical information (the birth of the waffle sole, how Vans got it’s stripe) within the larger picture/stories of Vans over the last 40+ years.  Included are interviews/memories with legendary skaters (Tony Alva, Geoff Rowley, John Cardiel, Steve Caballero) surfers (Joel Tudor, Randy Rarick), artists (Mr. Tattoo, Niagara, Neckface and many more), the Vans Triple Crown Series, the Warped Tour and even the back story about how Vans wound up in Fast Times.

Sneakerature’s Take: You cannot overstate the cultural significance of Vans over the last 50 years, if only because that which Vans stands for precludes you from doing so.  Filled with fantastic stories, quotes and enough vintage/rare sneaker pics to make any wafflehead drool, this book is an absolute must-have for anyone that’s laced up or slipped on a pair of Vans in the last 50 years.

Both the original and 50th Anniversary editions available for purchase from Amazon.