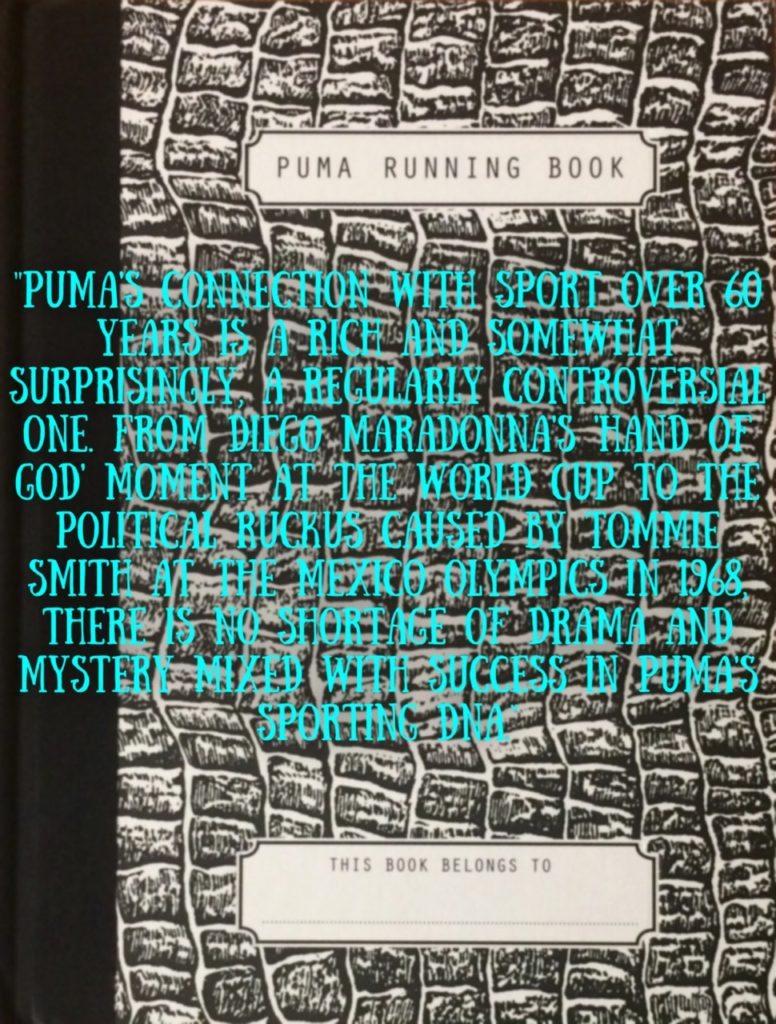 Written, designed and photographed by Sneaker Freaker Magazine for PUMA

Originally published in 2011 with a different outer cover, it was launched in May 2013 in Berlin at FluxBau, where 200 copies with the green outer cover were given away. The book included a sticker sheet so that you could ‘customize’ the outside of the journal-inspired cover.

“From pioneering experiments in cross-training, lightweight free motion running and the computer shoe through to Trinomic, Disc, and all things Faas, this is the definitive account of Puma’s strides in the fast lane” – SF website

“The specifications and production techniques may have evolved over the years, but the ambitions as well as the qualities of PUMA running shoes stay the same as in the early days of the company: flexibility, endurance and velocity” – Helmut Fischer

“Puma’s connection with sport over 60 years is a rich and somewhat surprisingly, a regularly controversial one. From Diego Maradonna’s ‘hand of god’ moment at the World Cup to the political ruckus caused by Tommie Smith at the Mexico Olympics in 1968, there is no shortage of drama and mystery mixed with success in Puma’s sporting DNA.” – pg. 6

Sneakerature’s take – Sneaker Freaker delivers a creative, informative and beautifully executed history on Puma running. A pristine layout that includes interviews with Eugene Kan (Hypebeast) and Helmut Fishcher, reproduced vintage advertisements, a gluttony of sneaker models, as well as in-depth examinations of various Puma technologies. There’s a reason that SF is entrusted by major brands to make internal books like this one.