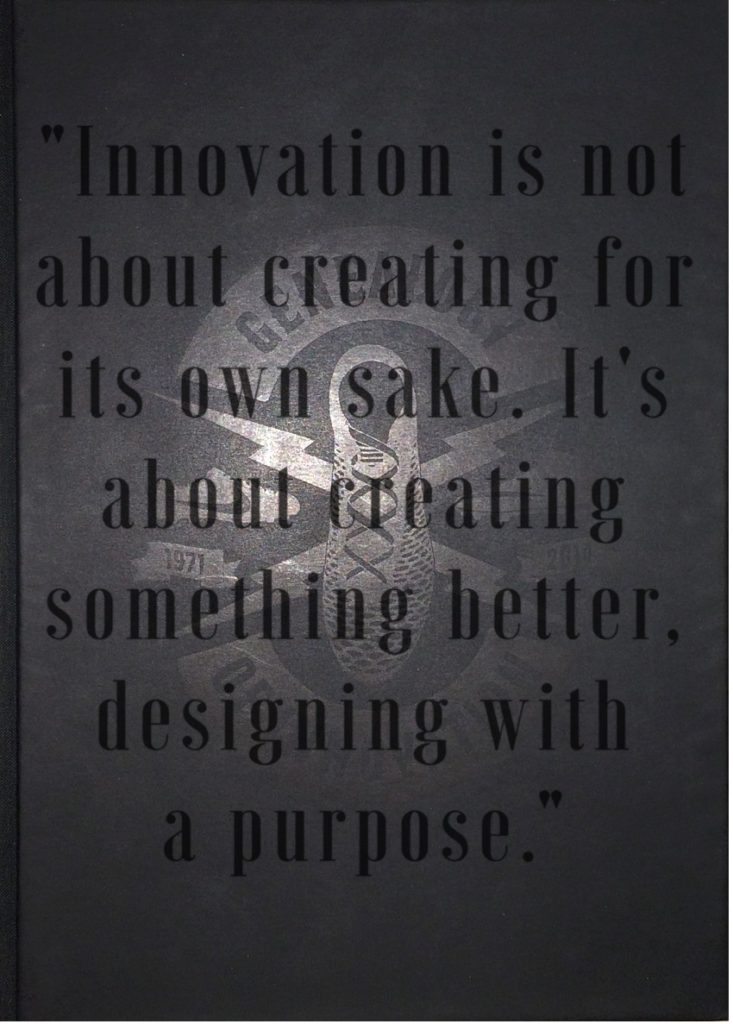 Researched, written and produced by Sneaker Freaker, this book was released in conjunction with Nike’s Genealogy of Innovation exhibit.  10 copies were raffled off through Sneaker Freaker’s website, no other copies were made available to the public.

“The core of this book is an in-depth study of 200 game-changing Nike shoes and football boots, illustrating how Nike’s modern football innovations such as the Magista and Mercurial Superfly have been shaped by Nike technologies developed over the past 40 years.” – Sneaker Freaker

Sneakerature’s View – An incredible compendium of Nike’s history, presented in a subtle but beautiful book that lets the images and words do all the talking.

PreviousPrevious post: Where’d You Get Those?
NextNext post:Enduring Performance The New Balance Story