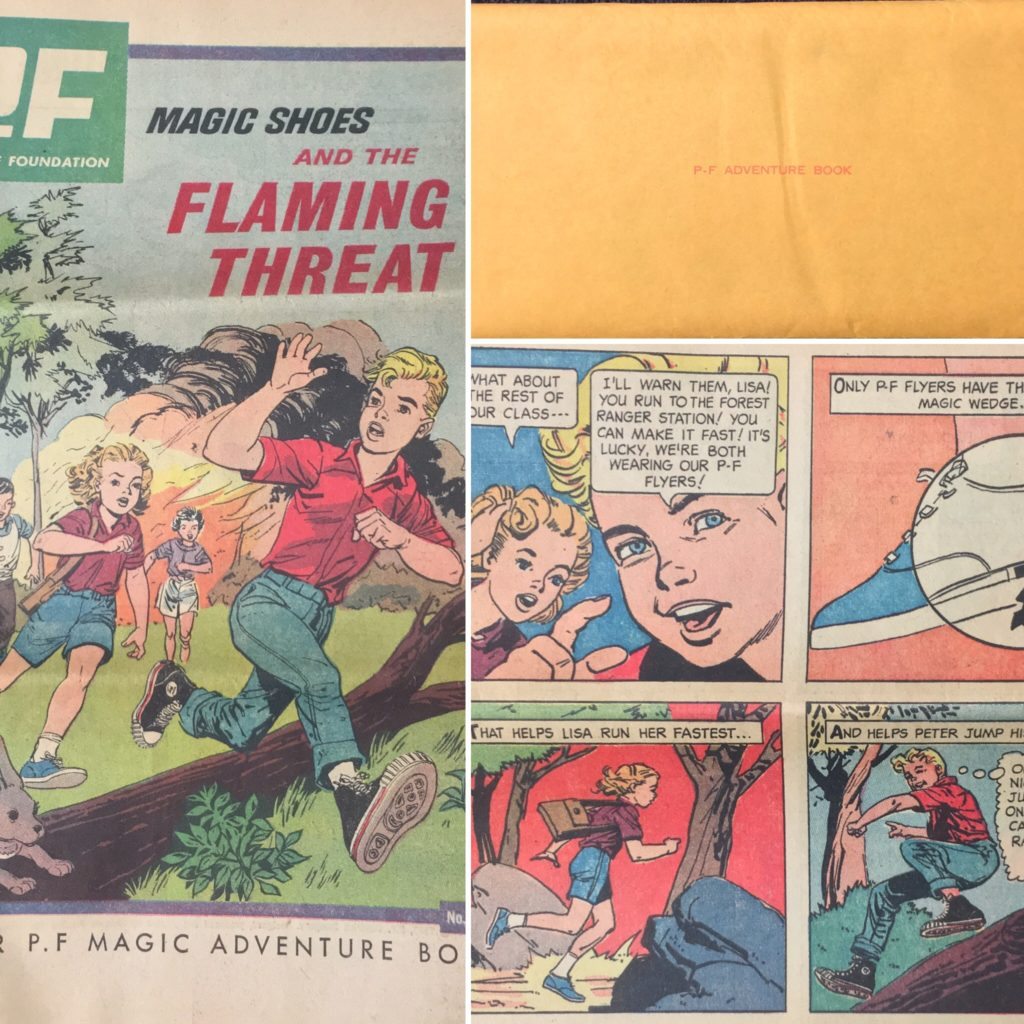 Although labeled No. 1, this is the 2nd of 4 promotional comic books released by B.F. Goodrich for P.F Flyers in the early 1960’s. The comics were given out with the purchase of a pair of P.F Flyers, and came in a manila envelope that was labeled ‘P-F ADVENTURE BOOK’.  This comic has two stories in it, the first is the ‘Flaming Threat’, in which Peter and Lisa are collecting objects for their class nature treasure hunt when they smell smoke.  Lisa rushes to get the park ranger while Peter runs to warn the class, both making it in time thanks to the P.F Flyers, “that helps Lisa run her fastest…and helps Peter jump his highest”.  The second story is entitled “Magic Shoes and the Rescuers” and is about kids Larry and Nancy rescuing a baby fawn from a coyote, again aided by their P.F Flyers.

Sneakerature’s Take: A very fun piece of promotional literature from the 1960’s.