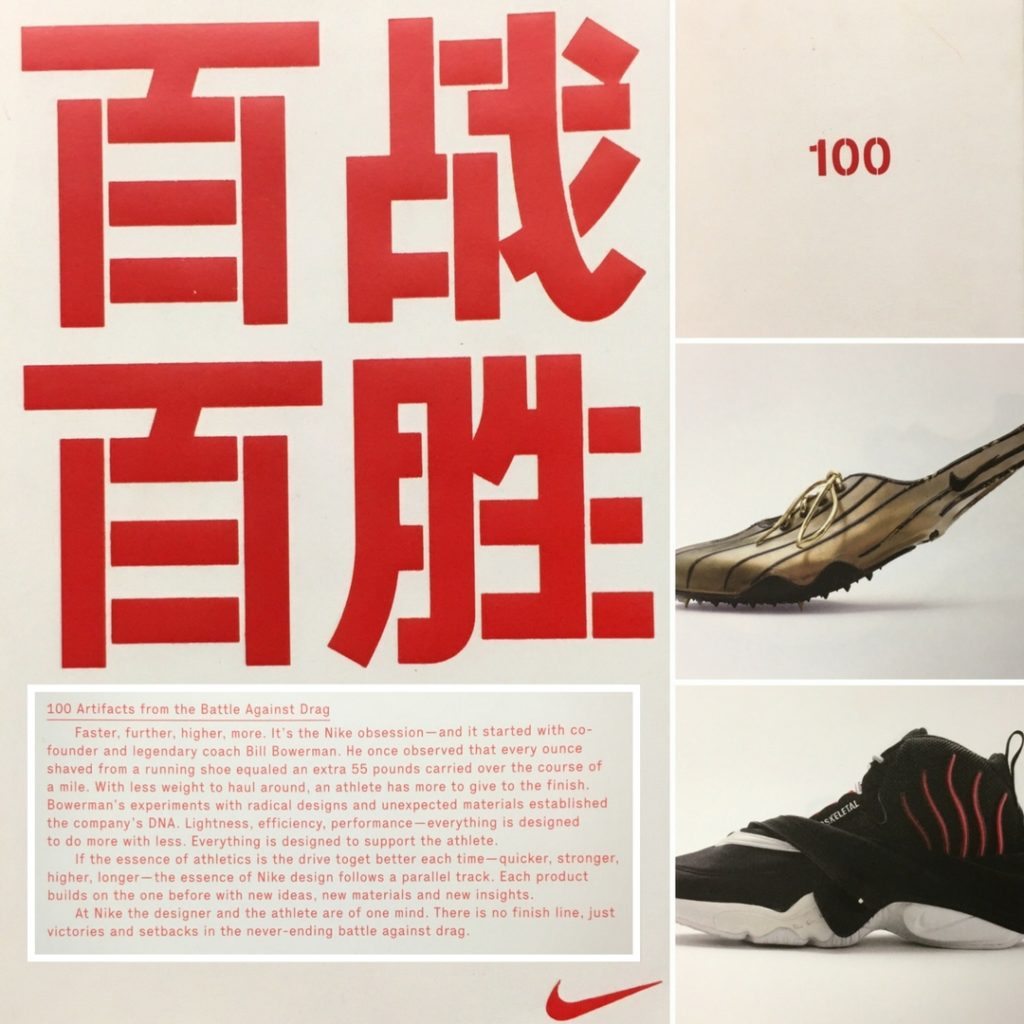 In 2008 Nike partnered with New York based design consultants 2 x 4 to produce an exhibit entitled Nike 100.  Making its debut in Beijing’s 798 arts district in Building 706, the exhibit was designed to celebrate “the history of the Nike brand through 100 quintessential artifacts that embody the unrelenting pursuit of lightness and speed”. It’s opening day, 8/8/2008, coincided with the Beijing Olympics, and was also 88 days before the games began.  As visitors wandered the exhibit, they were provided an ipod that had a loaded audio guidebook on it.  Additionally, two catalogs/books were created that documented each of the 100 artifacts.  The first, simply titled “Nike 100”, is in both English and Chinese, and was created through a crowd-sourced national student project.  Design students from the top academies in China were tapped to tell the story and importance behind each of the 100 “Artifacts from the Battle Against Drag”.

Sneakerature’s Take: The simple and elegant design of this book belies the treasure trove of prototypes, original design sketches, anecdotes and images that reside within its pages.  Ranging from the bizarre-looking (the prototype of Michael Johnson’s Gold Shoe II) to the informative (ever wonder why you would put a  Monkey Paw into a Glove?) and everywhere in-between, there are enough anecdotes and untold stories in these pages to inspire a smile in even the most curmudgeon of sneaker lovers.