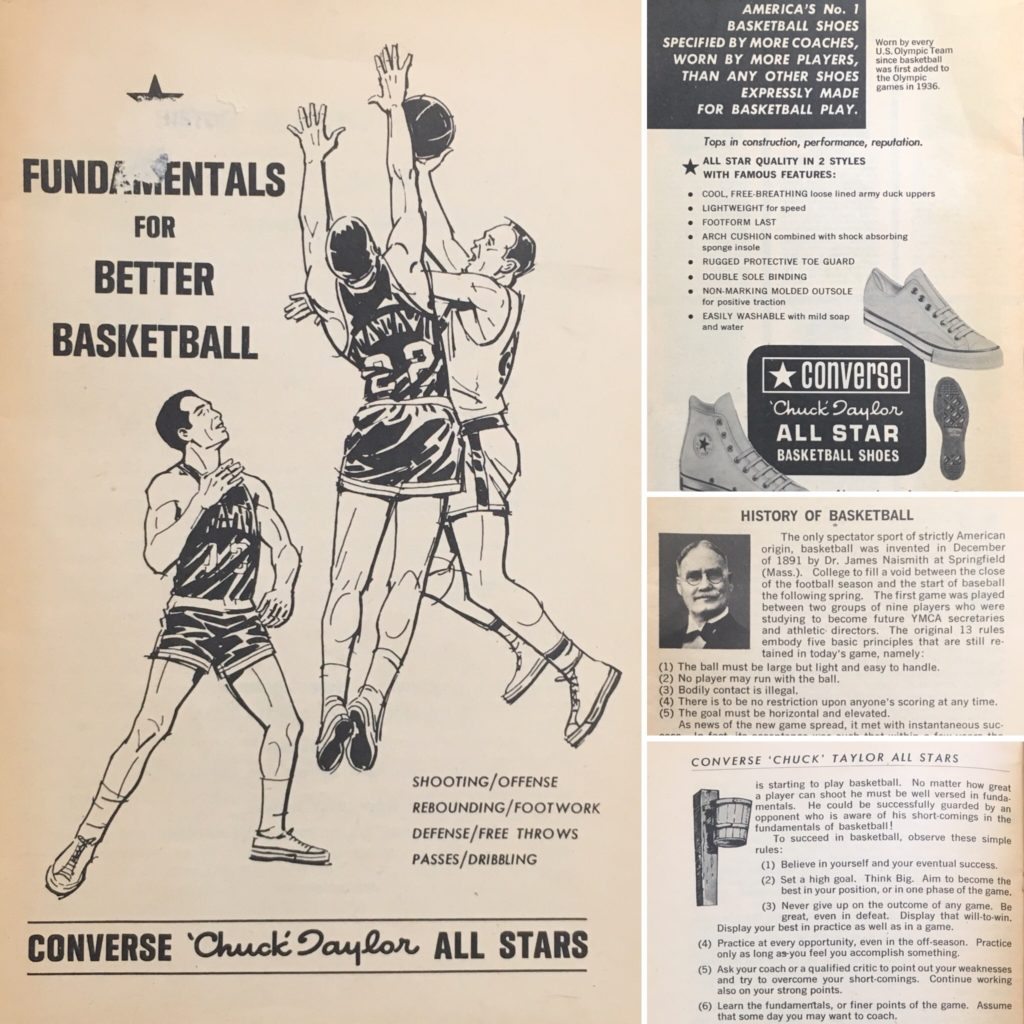 Published yearly by Converse, this one is from 1966.

In 1917 when Converse released the Non Skid, the predecessor to the All Star, both the game of basketball and the market for athletic/leisure shoes were still in relative infancy.  One of the brilliant ways in which Converse and Chuck Taylor ‘legitimized their revolution’ (to borrow a phrase from Guy Kawasaki), was by fielding a basketball team that traveled throughout the US, acting as ambassadors for basketball and putting on clinics that taught people how to better play the game.  In doing so, they not only maximized their contact and exposure to their target consumer, but they also grew the potential pool of people that made up their target audience (a double whammy!).  While at the clinics, pamphlets entitled, “Fundamentals for Better Basketball” were handed out.  This particular one is from 1966, and while much of it is devoted to teaching the fundamentals of the game of basketball, there are clear reminders that this is in fact a piece of promotional material.  Take for example the 11th fundamental, “Proper care of your feet is most important. Wear good footwear, like CONVERSE Basketball shoes. Remember that in every athlete, in any sport, the first part of his body that shows signs of age or wear is the feet, so take care.”

Sneakerature’s Take: For 50+ years, Converse and Chuck Taylor were the absolute authorities in the world of basketball and basketball footwear.  This pamphlet, beyond having some excellent tips to improve your game, is a reminder of the remarkable way in which they established themselves as such.

PreviousPrevious post: adidas: The Story as Told by Those Who Have Lived and are Living It
NextNext post:Adi Dassler Standards