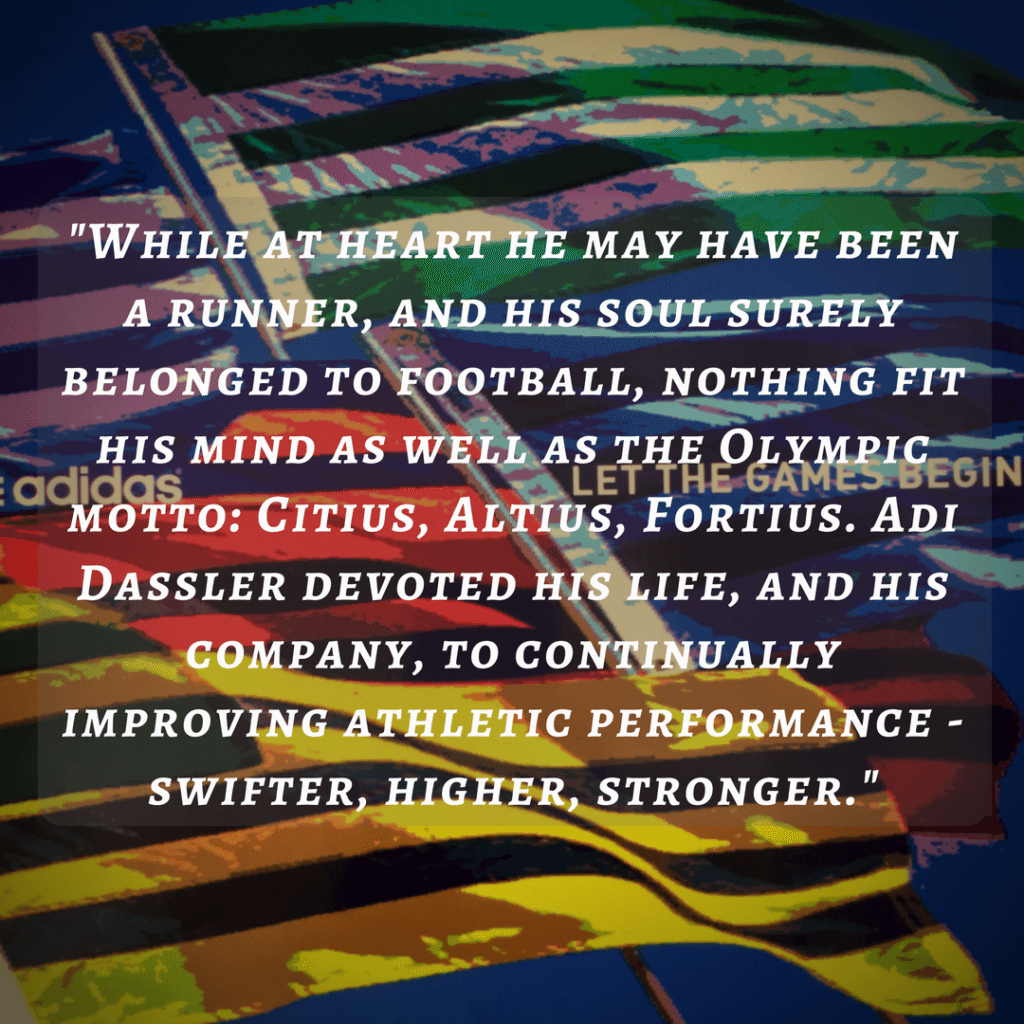 “While at heart he may have been a runner, and his soul surely belonged to football, nothing fit his mind as well as the Olympic motto: Citius, Altius, Fortius. Ade Dassler devoted his life, and his company, to continually improving athletic performance – swifter, higher, stronger” – Introduction

A coffee-table sized book released in 2008 (to coincide with the Beijing Olympics) that chronicles the history of adidas shoes and models by examining their relationships with Olympic athletes.  Starting with the 1928 Amsterdam Games, the book focuses (pictorially) in great detail on the shoes themselves, displaying large detailed images as well as descriptions about the technologies.  Accompanying each shoe is the athlete and/or athletes that won a medal/medals while wearing them in the Olympic games, starting with Lina Radke (wearing Dassler spikes in the 800m women’s race that was determined to be so grueling that women’s middle and long distance events were banned in the Olympics until 1960) and ending with Jang Mi-Ran (a weightligting silver medalist from South Korea in the 2008 Beijing games).

Each of the Olympic sports requires a highly specific equipment, particularly shoes, and along with the more well-known styles (e.g. running, sprinting and basketball sneakers) this book showcases the sneakers used in some of the lesser-known (e.g. high-jump, field hockey, gymnastics and rowing) sports.

Sneakerature’s Take: An in-depth look at some of the most remarkable and sport-specific shoes that adidas has ever produced.  The only flaw is the soft and surprisingly mundane cover which belies the incredible assortment of stories and images inside.

adidas Let the Games Begin is occasionally available on Amazon