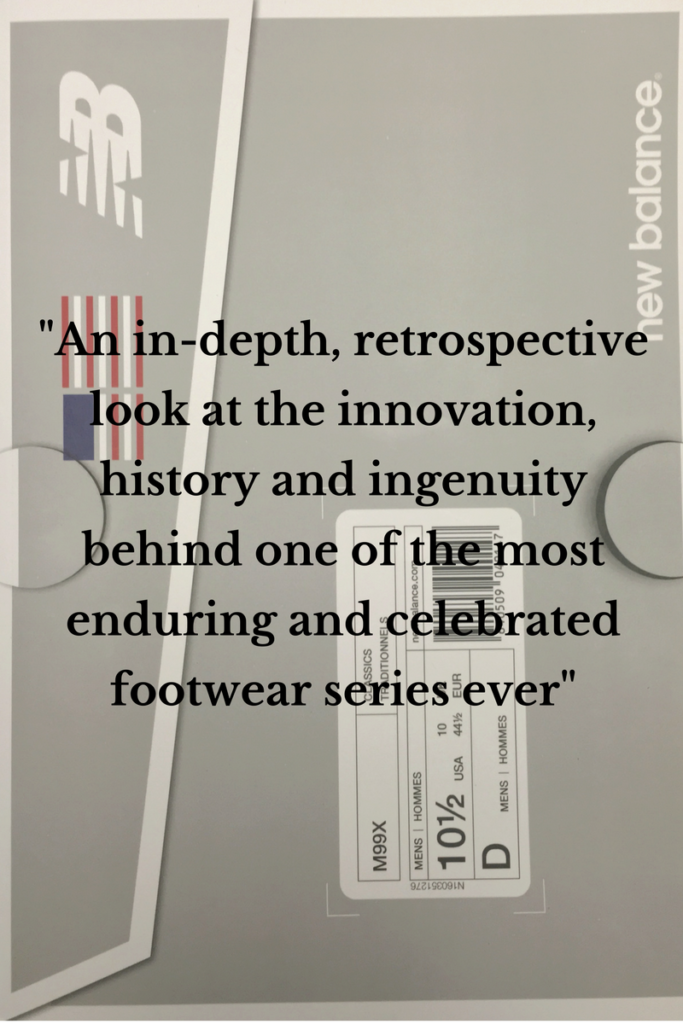 Publisher/Author: Up There Store

“An in-depth, retrospective look at the innovation, history and ingenuity behind one of the most enduring and celebrated footwear series ever”

In 2016, Melbournce Australia based Up There Store put together an exhibition documenting the history of the NB 99X series, “not just to the committed sneaker collector, but everyone interested in brilliant and timeless design” (pg. 2). In conjunction with this remarkable exhibition, they put together and released a limited edition book (soft cover, more like what the Japanese call a ‘mook’, magazine/book).

Sneakerature’s Take: The shoes in New Balance’s 99X series are, to many sneaker lovers, the pinnacle of what a sneaker can be.  Each model is unique in its own right, yet they all subscribe to the overarching NB ethos of ‘fit above all else’.  Up There’s 99X is a beautiful documentary-style book, presented in a way that parallels and compliments its subject matter; clean, mostly in shades of grey and neither under nor overstated.  The book is a perfectly fitted homage to perhaps the single greatest line of sneakers in history.